Top 10 Most Influential Languages of 2022

As the world continues to become increasingly connected, it is no surprise that the use of more than one language is becoming increasingly important. That is why we have compiled a list of the ten most influential languages of 2022, based on trends and factors that will also be important in the coming year.

From business to international relations, these languages will play a key role in shaping the future. So, if you are looking to stay ahead of the curve, start learning one of these languages today!

Mandarin is the most spoken language in the world, and it is only going to get more popular in the years to come. If you want to stay ahead of the curve, learning Mandarin is necessary. Not only is it the language of business, but it is also a powerful language that can help you improve your networking skills and career opportunities in China. Mandarin is a challenging language that requires plenty of practice, but it is worth it – the rewards are great! So go ahead and start learning today – it will not be a waste of your time.

English is popular as the global language of business and the most used language on the internet. In addition, it’s currently the language of choice for learning new things, as evidenced by the number of online language classes and in-person courses and programs that are available. To take full advantage of learning English, it’s important to invest in a good course or program that will help you learn quickly and effectively. With English becoming increasingly important, it is important to learn it as early as possible!

With the strong economy of Korea and the increasing global influence of K-pop, it is no wonder that Korean is becoming more popular. However, learning Korean is not just for native speakers – anyone who wants to be able to communicate effectively in the language can benefit from learning it. So, whether you are looking to increase your language skills or just want to learn something new, Korean is a great option.

Japanese is widely considered to be one of the most influential languages. This language is spoken by over 128 million people across the world, making it a vital part of global communication. Additionally, Japanese is growing in popularity due to the trend of Anime in the world. So, if you are looking to expand your language skills and explore new opportunities, learning Japanese is a great option!

Russian is one of the most spoken languages in the world and it is not hard to see why. It is a powerful language that can be used to communicate. If you want to be on the front line of business or just wanted to visit Russia for a trip, learning Russian is necessary!

French is a language that is widely respected and used in many businesses around the world. It is one of the official languages at UNESCO, and it is ranked as the fifth most spoken language on Earth. This makes it a popular language to learn for anyone looking to gain a better understanding of the world around them. There are many online resources available that can help you learn more about French pronunciation and grammar.

If you want your resume to stand out in the competitive job market, you must learn German! Those looking to learn German should start early on because employment opportunities are plentiful for the time being. With German being spoken by so many people, it is an excellent language to learn if you want to make a name for yourself in the language world.

It has strong roots in Latin America, which makes it culturally relevant and appealing to many people around the world. Additionally, Spanish is the official language of 18 American countries, making it a key language. All these reasons make learning Spanish a wise decision for anyone looking to be ahead of the curve in 2022.

Italian is a language that is both complex and manageable, making it an excellent choice for language learners. It is also one of the most influential languages of 2022, and for good reason. Italian is spoken throughout the world and has a rich history and culture. If you are looking to learn a new language quickly, Italian is a great option.

It is considered an important world language because of its widespread use throughout the Americas. If you are interested in learning this versatile language, now is the time to start! Because it is versatile, Portuguese can be used for many different purposes – from business to travel writing. So, why not give it a see what all the hype is about?

Language is such an important thing. It not only helps you communicate but also gives your personality a new dimension. So, start learning foreign languages and make them part of your daily life!

As we have seen above, some amazing languages will blow everyone’s mind in the coming year. What do you think? Which language can be named the most influential one in 2022? 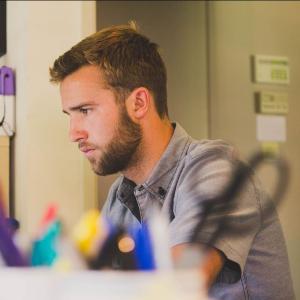 How To Choose a Wheelchair for The Elderly?